I went to Yakushi-ji Temple on a sunny day in February.
The plum flowers are blooming and it was so beautiful.

Yakushi-ji is a splendid temple and it was called “Ryugu” when it was built in the ancient Nara era. In the Nara era, it was a large temple that was under the protection of the Imperial Court along with Todaiji Temple and Horyuji Temple.

Only the East Pagoda remains in its original state due to the fire, but other buildings are being rebuilt one after another. In 1998, Yakushi-ji was designated as UNESCO World Heritage Site under the name of “Historic Monuments of Ancient Nara“.

【Welcome to Japan】Kinosaki Hot Spring Town : 7 Things You Must Know Before Visitng
Kinosaki is a "hot spring town" where you can enjoy "Sotoyu meguri (tour of the outside bath)" . There are plenty of sightseeing spots, so it is perfect for travelling with couple, family and friends!

Take the Kintetsu train from Kintetsu Nara Station and transfer at Yamato Saidai-ji Station from there, transfer to the Kintetsu Kashihara Line and arrive at Nishinokyo Station at 2 stops. As soon as you get off the station, you can see Yakushi-ji Temple.

A temple built by marital love

As you can see from the word “Yaku (medicine)“, Yakushi-ji is a temple for healing illness and praying for health. It was founded in the Hakuho cultural period, the middle of the Nara era.

In 680, Emperor Tenmu prayed for the healing of Empress Uno no Sarara, who was ill. After that, the Empress recovers, but Emperor Tenmu falls ill and was died without seeing the completion of the temple. Emperor Jjto (Uno no Sarara), his wife, completed the temple, inheriting the will of her husband. Yakushi-ji is a temple built by the love of the couple.

It was located in Fujiwara-Kyo (now Kashihara-shi) at the time of foundation, but moved to the current Nishinokyo in 718.

Let’s start your visit from the south gate

There are two entrances to Yakushi-ji Temple, and the northern reception is near the station. However, if you enter from the south gate, you can see the magnificent sight of the east and west towers in front of the reception, so if you have time, it is recommended to go around the south gate.

After passing through the south gate, you will see the middle gate and the corridors on both sides. This middle gate was rebuilt in 1984, and in 1991 the statue of Nitenno was restored and enshrined.

Kondo, which was burned down in 1528, remained a temporary temple for a long time after the Toyotomi family was destroyed. It was rebuilt in 1976, resembling the original gorgeous figure which has a Mokoshi (pent roof).

It is often referred to as a Ryugu (the Palace of the Dragon King) style from its original appearance. Inside the Kondo, there is a statue of the three Bhaisajyaguru (the Healing Buddha), a national treasure.

○Nikkō (Suryaprabha, bodhisattva of the Sun)… It is common for the right side of Yakushi Nyorai. The sun rises on the statue’s crown. The height is 315.3 cm.

○Gakkō (Candraprabha, bodhisattva of the Moon)... A 317.3 cm tall. This bronze statue located on the left side of Yakushi Nyorai.

○Miroku Nyorai(Maitreya): The Maitreya Nyorai of Yakushi-ji is a figure that appears to be a Buddha and saves people in 5.67 million years later.

○Multiple corridors: One of the hallmarks of Yakushi-ji Temple. Pay attention to the structure that is clearly different from the single corridor of Horyu-ji Temple with beautiful windows!

The three-story pagoda in the east and west is also synonymous with Yakushi-ji Temple.

The east tower, a national treasure, is the only existing wooden building. The tower, with the height of 34.1 m, is characterized by a large costume floor that looks like a six-story pagoda at first glance. Fenollosa was once described it as “freezing music.”

The tower was urgently needed to repair it in anticipation of the Nankai Trough earthquake expected to occur in the near future. Demolition and repair was carried out for the first time in about 110 years, and the bare roof covering the building was removed and finally appeared.

The west pagoda was burned down in 1528 and rebuilt in 1981. It looks a little high, but it will be the same height in the future because it is made by calculating aging. Apart from the colors, the two towers are very similar, except that the west tower was built with a twin window at the beginning of construction.

A spectacular sight! In contrast to the towering Kondo, this hall that extends sideways is truly stunning. The auditorium was rebuilt in 2003 and is large, oblong and wide enough to remind of the first Daigokuden of the Heijo Palace site. The appearance of the hall with a frontage of 41m, a depth of 20m and a height of 17m is a convincing sight without thinking that this is to enjoy the Yakushi-ji Temple. The main statue is the three statues of Maitreya.

・ Belfry: The bell tower in front of the Eastern Sobo. Because it is built near the ground, it has a different image from the bell tower of a general temple, but the bell cannot be rung!

This place is used as as resting place duirng the visit and you can buy the souvenirs of Yakushi-ji temple. You can also see the models of “Suien (water smoke”) and a model of Yakushi Nyorai (a national treasure).
※The preaching by a monk of Yakushiji is continually performed.

The north gate of Yakushi-ji Temple is the Ko-raku mon gate. Even this is not the main entrance, the gate is very magnificent.

As you pass through the gates to Honbo and the Shakyojo, follow the cobblestones, and you will see Sanzo-in, a separate temple outside the Hakuho Garan, which was built in 1991.
At Yakushi-ji Temple, they are promoting “Shakyo (a sutra)” for the reconstruction of Hakuho Garan since 1968. Shakyo is one of the Buddhist practices to calm the mind. This is an opportunity to calm down the mind by carefully copying the sutras one by one, and to look at how your heart should be.

The temple doesn’t just raise donations, but continues to rebuild Hakuho Garan.
After you write a “Shakyo”, it will be restored in the hall of Yakushi-ji temple forever.
Try it out if you have the time.
※The entrance fee will be free if you pay for a Shakyo. Shakyo is JPY 2,000.

【Welcome to Japan】Kinosaki Hot Spring Town : 7 Things You Must Know Before Visitng

【世界旅行記】はじめてのオーストラリアｰゴールドコーストとシドニーへ
【Welcome to Japan】Kinosaki Hot Spring Town : 7 Things You Must Know Before Visitng 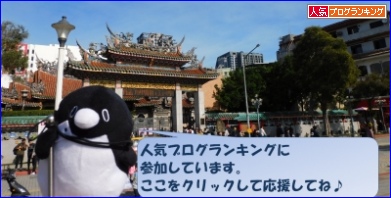